TIPS regarding a missing child? Call 113 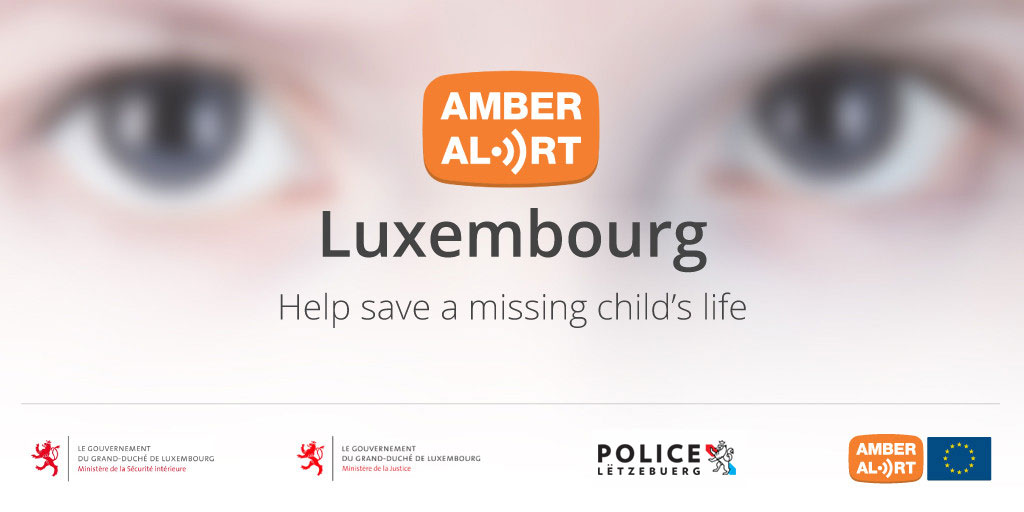 The Grand Duchy of Luxembourg and the National Police in Luxembourg officially join AMBER Alert Europe to save endangered missing children. Luxembourg will launch a national AMBER Alert system in the summer of 2016.

On Thursday January 21st, Félix Braz, Minister of Justice, and Francine Closener, Secretary of State of the Ministry of Internal Security signed an official agreement with AMBER Alert Europe. Aim of this agreement is to set up a national AMBER Alert and to improve cross border police cooperation to save the lives of missing children.

AMBER Alert Netherlands & AMBER Alert Slovensko
Luxembourg is the third country that will make use of the AMBER Alert system provided by AMBER Alert Europe. The system enables countries to quickly involve the public in the search for missing children. Within minutes, the whole country is on the lookout using all available media – including TV, radio, highway signs, text messages, email, website banners, advertising screens, PC screensavers smartphone apps and social media. In the Netherlands, 88% of the Dutch population is informed about an AMBER Alert within minutes.